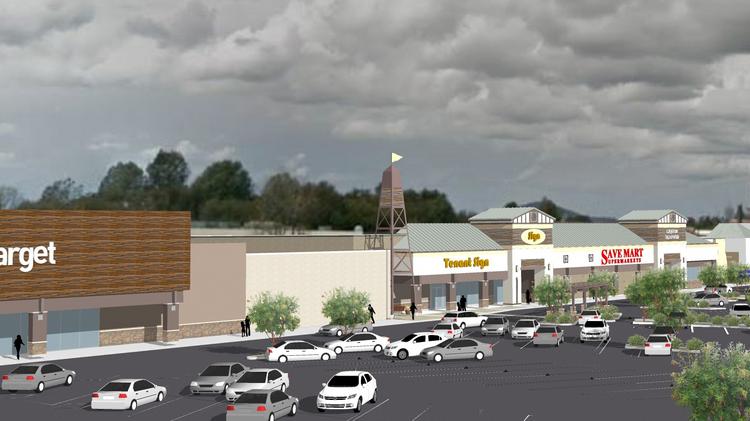 Target will fill a vacant former Kmart space at the Prospector’s Plaza retail property in Placerville.

GC Placerville LLC, a joint venture of Gryphon Capital and Rich Development Co., bought Prospector’s Plaza on Missouri Flat Road in June. The purchase price for the 19.87-acre center was $24.13 million, according to records from real estate data service Reonomy.

Chris Shane, a managing partner with Gryphon Capital of Manhattan Beach, in July confirmed Target Corp. (NYSE: TGT) would fill a former Kmart space in the center, with a store expected to open next year.

At least four more businesses are in letter-of-intent negotiations, according to those materials: Old Navy, MOD Pizza, Aspen Dental and Chili’s Grill & Bar.

Shane said no new leases have been signed for the center.

Old Navy spokeswoman Justine Jordan did not confirm a possible Placerville store. Gap Inc. (NYSE: GPS) is the parent company of Old Navy, but is expected to spin off the brand into its own publicly traded company next year.

With the exception of Aspen Dental, all those chain businesses already have multiple Sacramento-area locations. In addition to its other national sites, Aspen’s website lists dental practices in four places in California, the closest of which is in Modesto.

Any new tenants would join a variety of existing businesses in the center, such as
Ross Dress for Less, CVS Pharmacy and Save Mart.